Sodium Hydroxide or Caustic Soda, also known as lye due to its corrosive nature, is an inorganic ionic compound with chemical formula NaOH. It is used as a base in a lot of industries and applications including, but not limited to, pH regulation, soaps and detergents, salt manufacturing, electrolysis etc. It is produced by electrolysis of brine. Chlorine gas is a byproduct of this reaction. Generally, caustic soda manufacturers get into manufacturing of other downstream chlor-alkali products to utilize the chlorine gas. 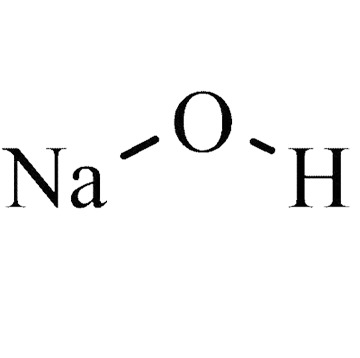 Caustic soda is a crucial building block for a host of important items, such as plastics, pharmaceuticals, and additives for water treatment. It is generated by the electrolysis of sodium chloride solution using one of the cell types, such as diaphragm cell and membrane cells. The pulp and paper, detergent, alumina, oil and gas, textile, and chemical industries are the main consumers of the market.

India Caustic Soda market demand stood at 3.74 million tonnes in FY2021 and is forecast to reach 5.52 million tonnes by FY2035, growing at a healthy CAGR of 6.54% until FY2035. Caustic soda is an inorganic bulk chemical, strongly alkaline, and odourless having application in various fields like pulp and paper manufacturing, viscose yarn, staple fiber, aluminium, textiles, soaps &amp; detergent, dyestuffs, drugs and pharmaceuticals, petroleum refining, etc. It occurs in two forms, liquid form which is called Caustic Soda lye &amp; solid form which is called Flakes or pellets. Increasing demand from the textile and alumina sectors due to rising investments in these sectors is likely to drive the overall India Caustic Soda demand in the country.

India is a surplus in Caustic Soda production volumes with most of the plants operating at around 80-85% efficiency. However, the increase in cheaper imports has forced domestic manufacturers to curtail their margins predominantly due to the high input and logistics costs involved within the country. Although disruptions in overseas trade and nationwide lockdown weighed on the overall India Caustic Soda consumption in Q4 FY2020, strengthened India Caustic Soda demand from hand wash and soaps manufacturing industries supported the industry outlook during the Coronavirus outbreak. In addition to that, the extension of Anti-Dumping Duty on the imports of Caustic Soda from the U.S. and Saudi Arabia, as per the petition filed by the Alkali Manufacturers Association of India (AMAI) in FY2017 has given a strong boost to the domestic India Caustic Soda Industry.

There are many manufacturers of Caustic Soda in India. We are one of the best caustic soda suppliers in USA because we work with some of the most high quality of these and provide you with an Indian origin Caustic Soda.